Last weekend (May 9-10), John and I went to Gettysburg, PA. It was a trip we both had looked forward to for a long time since we booked our hotel, The Farnsworth House Inn (401 Baltimore St, Gettysburg, PA 17325, www.farnsworthhouseinn.com), in late February.  Many rooms around town, especially in historic hotels, were already booked by then or required a stay of more than one night. The Farnsworth House Inn is a historic inn from ca. 1810 and is claimed to be one of the most haunted locations in America but more about that later.

Since it’s about a 3 hour drive to Gettysburg from where we live, we left here at around 7.30am. It was a smooth drive through the nice landscape of Pennsylvania.
The sky first looked gray and cloudy but cleared more and more the closer we got to Gettysburg. 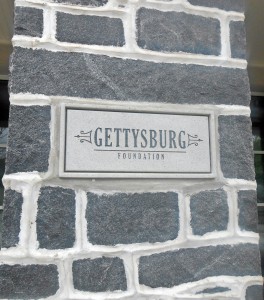 We arrived at the Gettysburg National Military Park Museum & Visitor Center (1195 Baltimore Pike, Gettysburg, PA 17325, http://www.gettysburgfoundation.org/) at about 10.30am. There, we bought a value package for the museum, film, cyclorama, and battlefield tour for $36 per person.
The film A New Birth of Freedom narrated by Morgan Freeman started at 10.45am. It was very informative and even though it focused on the Battle of Gettysburg, it also gave a lot of information about the Civil War, its cause, and the role of President Abraham Lincoln.
From the small movie theater we were led to the cyclorama where we stood on a platform in the middle of a round room surrounded by a 360° painting of the battlefield. Between the painting and the platform was an extension of the picture through models which gave it a 3D effect. For a few minutes, the narrator takes the visitors back to Pickett’s Charge on the 3rd day of the Battle of Gettysburg while everything he mentions is highlighted on the painting. 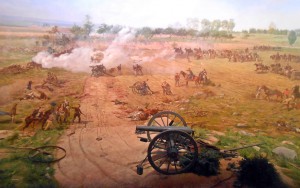 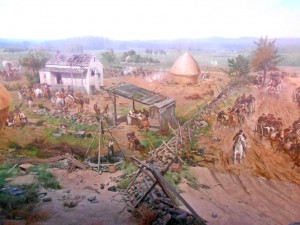 Between the cyclorama and our visit of the Gettysburg Museum of the American Civil War, we went on a 2.5 hours tour around the battlefield which I’ll tell you more about later. 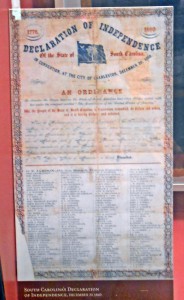 We only had an hour to spare but you can definitely spend 2-3 hours in there. It begins with the Declaration of Independence of South Carolina, followed by the first shots on Fort Sumter and chronologically continues through the events of the American Civil War with a special focus on    the Battle of Gettysburg on July 1-3, 1863. 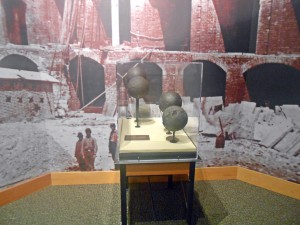 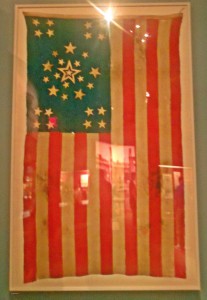 It displays flags, weapons, artifacts such as bullets, notebooks, tableware, uniforms, recruiting posters, pictures of soldiers, furniture, a copy of Lincoln’s Emancipation Proclamation declaring all slaves in the rebellious states free, maps, newspaper articles, and so much more. 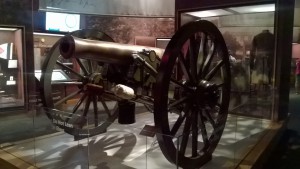 This whole experience (film, museum and cyclorama) was very informative for me. I learned a lot within those few hours. We don’t learn much about American History in German schools but the visitor center helped me a lot to understand in more detail what the war was about, what happened, its end and the aftermath of the war.

The visitor center also contains a small restaurant where we had lunch. You can choose from fries, burgers, soup, chili, mac and cheese, hot dogs, sandwiches, and salads. You can buy bottled beverages or get cool drinks from the soda fountain. Unfortunately they, don’t offer any meals and you have to purchase everything separately which makes it more expensive but the burger and fries were good.
The visitor center’s gift shop sells souvenirs and toys but they are more reasonable in the gift shops around town.

I’d recommend visiting the visitor center to everyone who wants to learn more about American History, wants to deepen their knowledge or who is interested in war history (or history in general). 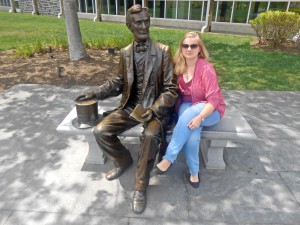