During my stay in London in 2012 I visited the Harry Potter Studios (Studio Tour Drive, Leavesden, WD25 7LR, UK, www.wbstudiotour.co.uk), about 20 miles outside the city. The studios have subsequently been transformed into an attraction where Harry Potter fans can explore how all eight Harry Potter movies were made, visit original sets and see costumes from the films. 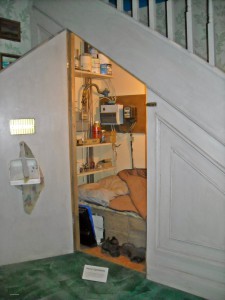 My friend and I purchased our tickets through the Studio Tour’s website for £28 (I checked the website and the admission went up to £33 for an adult now) as you can’t purchase tickets at the studios. When you buy the tickets you choose a time slot in which you’ll enter the exhibition. After waiting in line for a short while (where we saw the first set of the tour: the Cupboard Under the Stairs), we arrived at the actual entrance to the tour a bit earlier (about 30 minutes) and they still let us in. Tickets sell out quickly. When we booked our trip in July we could only get a spot in September. So be aware of that and book your tickets well in advance.

where you can buy all kinds of Harry Potter merchandise, from magnets and candy to wands and cloaks.

When we were let in, we went into a room with a screen showing a video about the tour. After the video the screen was pulled up exposing the door 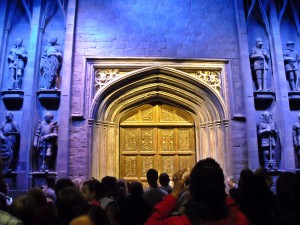 It leads through several halls and original sets, such as Dumbledore’s Office, Diagon Alley, the Ministry of Magic, the Gryffindor Common Room and Boys’ Dormitory, 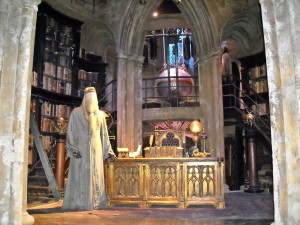 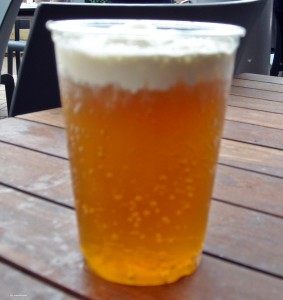 Butterbeer, a very sweet non-alcoholic beverage, for about £5, and find a display of the Knight Bus, Potter’s Cottage in Godric’s Hollow, the Dursleys’ House at 4 Privet Drive, Hogwarts Bridge and the tombstone of Tom Riddle’s parents. 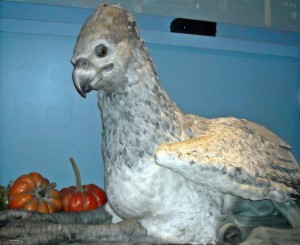 From there you enter an exhibition hall showing the magical creatures of Harry Potter including Buckbeak or Aragog, the huge spider from Harry Potter and the Chamber of Secrets (which I wasn’t a huge fan of because I find spiders really disgusting an hardly watched the screen when I saw the 2nd Harry Potter movie in the cinema).

After that section you enter Diagon Alley 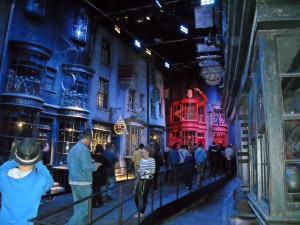 which leads you to an exhibit of film art showing pictures and models. 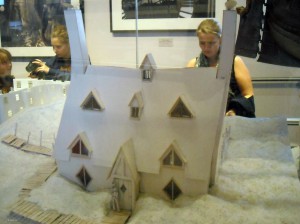 The end of the tour is also the highlight of the tour, a huge model of Hogwarts which was originally used to shoot scenes of the exterior of the school. This impressed me most and I still can’t get over how big it was. 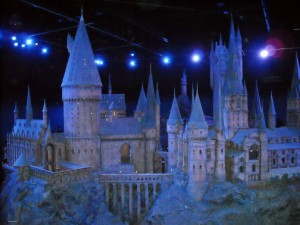 You exit the tour through the interior of Mr. Olivander’s wand store 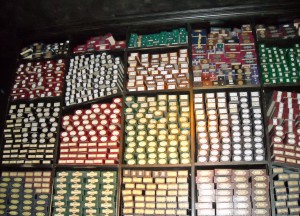 where you find wand boxes with the names of the actors and actresses of the movies on them. 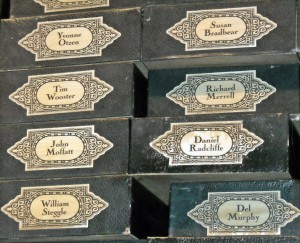 During the tour you can also fly on a broomstick and ride the flying blue Ford Anglia, both were a lot of fun.
I really enjoyed the walking tour. It was worth every penny. Even though we didn’t get the audio guide or guide books we had a wonderful time and since we saw all the movies we knew what was displayed and if we were unsure there would be signs to tell us what we were looking at. I loved the effects that were included in the tour, like moving objects in several sets, and getting a behind-the-scenes experience of the movies by stepping into the magic world of Harry Potter. Well kind of 😉