First of all, I’m sorry for the delay. We had a busy Easter weekend. It was nice though and I hope you all had a nice Easter, too.
Today’s post will be about one of my favorite vacation destinations as a kid. 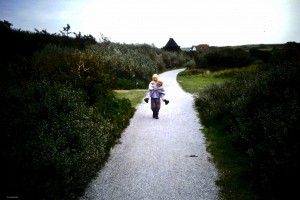 When my sisters and I were kids – I think the first time we went there was in the early 1990’s – we used to go to a Dutch island in the North Sea called Ameland every fall vacation with my grandparents.
We would always stay in vacation rentals in a small town called Ballum. The island really just consists of four towns, Nes, Hollum, Buren and Ballum, and two nature reserves, De Hôn and Het Oerd which occupy most of the eastern part of the island. 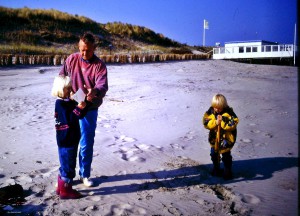 The only way to reach the island is a 45 minute ferry ride (Haven, 9171 LX Blije, Netherlands, http://www.wpd.nl/en/) from Holwerd on the Dutch mainland for about €15 per person roundtrip, vehicles cost extra. When we went to Ameland when we were younger we’d always take a car with us.
The last time I went with my grandparents for a day trip was in October 2013 when my uncle and his family stayed on the island for vacation. We parked the car at the ferry pier in Holwerd and my uncle would pick us up from the pier in Nes, Ameland.
You don’t necessarily need a car on the island though. Three bus lines are operating between the villages and the port year round but we never took advantage of it.

I always loved the nature of the island with its beaches and dunes. 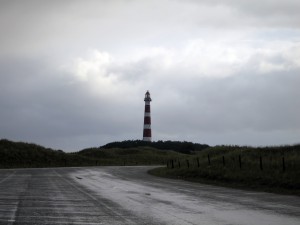 But as kids we were most fascinated by the island’s 56 meter high lighthouse (Oranjeweg 57, 9161 Hollum, www.vvvameland.nl/zien-en-doen/musea/vuurtoren) which is located in Hollum, in the West of the island. We even created a meal called Road to the Lighthouse which basically is just leftover rotini pasta fried in a pan with a “road” made of ketchup.
After climbing the 240 steps to the top of the lighthouse you have a view of the island and even the neighboring island of Terschelling and the mainland.

When we visited in 2013 we went to the beach with bicycles which you can either bring or rent on the island. Sometimes vacation rental owners have bicycles you can use when renting their vacation homes. 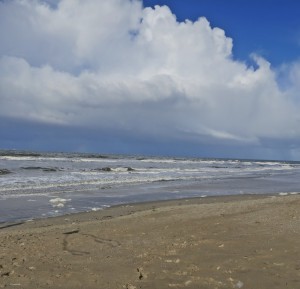 On the beach we had a hot chocolate in a small restaurant.
Since it was October it was clearly too cold to swim and we never went there in summer so never went swimming there. The North Sea is also famous for its extreme tides so when it’s low tide, you wouldn’t be able to swim in the sea. When we were kids there was a big public indoor pool on the island with a big water slide and we had a lot of fun going there. I don’t know if it still exists though.

I also remember very well going to the Natuurcentrum Ameland (Strandweg 38, Nes, www.natuurcentrumameland.nl) when I was a kid. It now includes an aquarium which wasn’t there back then. Admission is €6.25.

In Nes and Hollum you can find two active windmills. The grain and mustard mill in Hollum was built on the site of a historic mill in 1988 and the grain mill in Nes is an original from 1880.
Other activities on the island include tractor or flat wagon tours around the island, seal watching, kayaking, surfing, beach volleyball, bird watching, horseback riding, and sport fishing.