From the local WalMart where we had to buy breakfast and snacks for the road, we started the second part of our 1,117 mile road trip north through South Carolina and North Carolina to Petersburg, Virginia.

In Petersburg, we stopped for the Petersburg National Battlefield. The Petersburg campaign took place during the Civil War, from June 15, 1864 – April 2, 1865. General Ulysses S. Grant thought capturing Petersburg, which served as an important transportation hub for the Confederates, would isolate their capital and force General Robert E. Lee to evacuate Richmond, which Grant previously failed to capture. [1]
The battles and siege of Petersburg cover a broad series of actions, 9 offensives during 10 months. The preserved battlefield contains 4,000 square feet of land. [2]

I think it was either right before or right after we crossed the border of South Carolina that we saw a billboard for the I-95’s best kept secret: South of the Border (3346 US-301, Hamer, SC 29547, www.thesouthoftheborder.com).
I read about it before on a website about things to see while driving the I-95. From what I’ve read it’s basically a rest stop but when we drove past it almost seemed like a small theme park. Let’s just say, you definitely won’t miss all the billboards as you get closer. At some point I lost track of how many there were but definitely one every couple of miles. It’s called South of the Border as it’s just south of the North Carolina border.

We arrived in the area of Petersburg, VA, in the late afternoon, at around 3:30pm, but our GPS led us to the Petersburg Battlefield Headquarters which were not the entrance to the National Park (5001 Siege Road, Petersburg, VA 23803, www.nps.gov/pete). Fortunately, they had a sign out which had the right address on it so we typed it into the GPS and got to the actual battlefield at around 4pm.
We didn’t have much time though because it would close its gates by 5pm – the National Battlefield services recommend a day to fully experience the grounds of the battlefield – but we didn’t want to do much walking anyway because it was overcast, drizzling and cold. We took a short walk on a trail leading to the Dimmock Line 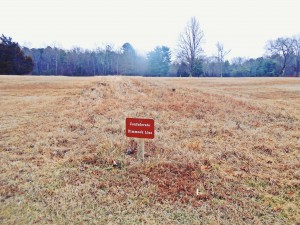 (the original Confederate defense line which was captured on June 15, 1864[3]) where we found the Dictator, 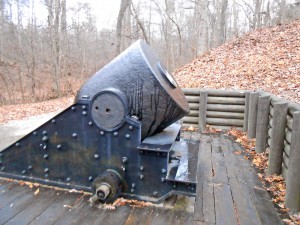 a mortar which fired shells weighing more than 200 pounds, up to two miles[4].

Then we drove the Eastern Front Driving Tour 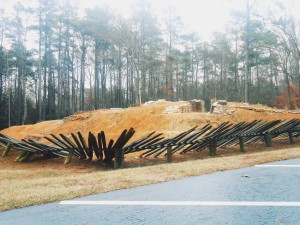 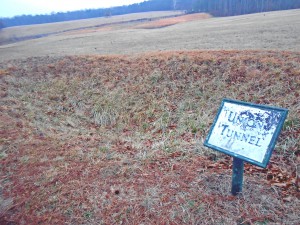 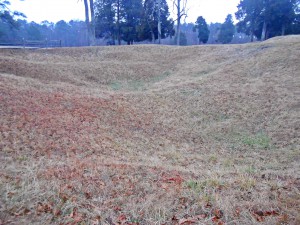 where the Union troops detonated a giant bomb in a mine under the Confederate battery on July 30, 1864[5]. After walking around that area it was almost 5pm, and time for us to leave.

We stayed at a hotel in Richmond, Virginia, the Quality Inn West End (8008 W. Broad St. , Richmond, VA, US, 23294, http://www.qualityinn.com/hotel-richmond-virginia-VA846).
The room had two Queen-size beds and a private bathroom. We didn’t book it in advance but there was still a room available for $60.16 per night, including a continental breakfast.
This time we actually got a breakfast in the morning. They had a buffet with cereals, yogurt, eggs (boiled and scrambled), bread, coffee and juices.
In the middle of the night though, we woke up due to a piercing noise which turned out to be the fire alarm. We both had never experienced something like that before so I just put on some light clothes and looked outside our door to see if anyone was leaving their rooms but no one did. So I went back into the room, and the alarm stopped just a few moments after that. John called the front desk about the incident and they told him there was no fire but didn’t tell him why the fire alarm went off either. We then went back to sleep after this shock.

After breakfast we left the hotel driving North until we arrived in Middlesex, New Jersey, right before what we thought would be an historic snow storm, Juno, which turned out to be worse further north but wasn’t so bad where we were. There was snow from northern Maryland on but the roads were clear. 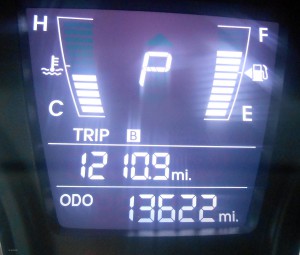